Sally Harpole is a full-time independent arbitrator and mediator for complex international disputes.

As an attorney qualified in California and Hong Kong, Sally led the China practices of multinational law firms in Beijing and Hong Kong for 23 years. In 2001, she established her own solicitor firm in Hong Kong. After 36 years in Greater China (Beijing, Hong Kong and Taipei), Sally relocated to San Francisco where she continues her work as arbitrator and mediator specializing in Asia-related dispute resolution.

Sally Harpole has been appointed as arbitrator and/or mediator in over 120 international commercial cases in Asia, Europe and North America. She was one of the first non-Chinese nationals to be appointed to the CIETAC Arbitrators Panel in 1989.

In addition, she has been appointed repeatedly as arbitrator by the following arbitral institutions which do not maintain formal arbitrator panels

Sally Harpole has acted as mediator for international commercial disputes in Beijing and Hong Kong. She also has advised clients on such mediations. Her experience includes the combination of conciliation with arbitration. While resident in Hong Kong, she served on the HKIAC Mediator Accreditation Committee.

Sally Harpole is an Adjunct Professor, UC Hastings College of the Law in San Francisco, California.

In 2010, Sally was invited to deliver the annual Clayton Utz International Lecture. Her presentation focused on the role of language in Asia based arbitration.

In addition, Sally Harpole has lectured at several universities on the subjects of dispute resolution and international law, including

Sally often serves as a judge and coach for the Willem Vis International Arbitration Moot law student competition. She has judged the final round of this competition in both the Vienna and Hong Kong venues. 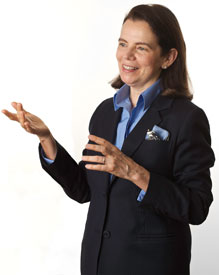 Ms. Sally Harpole is a frequent chairman, organizer and speaker of conferences on dispute resolution and the legal aspects of doing business in China and greater Asia. In these capacities, she has been featured in events sponsored and organized by

From 1992 to 2003, she was General Editor and Special Editor of the CCH China Business Law Guide. She has also served on the Board of Editors of World Arbitration and Mediation Review.

Sally is a native speaker of English and is fluent in Chinese and Spanish. She reads French fluently.